The Perseverance and Bravery of Kayla Hamlin

We are happy to share about the perseverance and bravery of our very own Kayla Hamlin! Many KEP employees know and love Kayla, but what they might not know is that she just recently received a driver’s license for the first time. Previously to obtaining a license, she got a ride from friends or family to and from work. Often, it was her mother that was driving her. A little over a year ago, her mom was taking her to work and they were in a car accident. Tragically, her mother did not survive.

Understandably, in the aftermath of this accident, Kayla swore she would never attempt to drive again. We completely understood her hesitancy and did what we could to support her. But flash forward to one year later, Kayla is now living with retired KEP employee Brenda Carrick who took the time to teach her to drive! Kayla officially earned her driver’s license last month, on November 18th. When it was announced in the shop, we all cheered!

We are extremely proud of Kayla’s courage and determination. When she had every reason to say “no” to the difficult idea of driving, she faced the challenge head-on with bravery. Every time we witness Kayla driving to and from work, we all smile – knowing she worked hard to get here.

The Development of Synthetic Polyisoprene

What is Polyisoprene? The term “polyisoprene” refers to a polymer material with a specific base polymer: cis-1,4-polyisoprene. Polyisoprene can be derived from plant-based sources—as natural rubber latex—and petroleum derivatives—as synthetic polyisoprene. Benefits of...

END_OF_DOCUMENT_TOKEN_TO_BE_REPLACED

Congratulations To Our Employees Of The Year! When we say we take celebrating our staff and their continued growth seriously – we’re not kidding! At the end of the year, we recognize and honor three employees who have continually gone above and beyond. Check out who...

END_OF_DOCUMENT_TOKEN_TO_BE_REPLACED

KEP In Their Words

KEP In Their Words! Customer feedback is truly invaluable to how we operate. We intentionally create systems that directly benefit the customer – open communication, trustworthy supply chain operations, employee longevity, and more – so we are always thrilled to hear...

END_OF_DOCUMENT_TOKEN_TO_BE_REPLACED 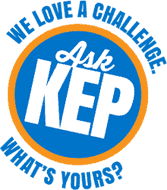